PUBG aka PlayerUnknown’s Battlegrounds is setting the internet on fire. This multiplayer online battle royale game emerged on the scenes in first half of 2017 and very soon it became the major talking point in the gaming world. Here, we’ll be discussing everything related to PUBG; from gameplay to popularity to weapon style to how to choose a good graphics card for PUBG and much more.

Basically, in PUBG the player is a mercenary who parachutes down the plane and lands on an island with up to 99 other players. As soon as you land, the search(loot) for armor, weapons, ammo, medical kits, etc. begins. Find what you need for survival and stay in the circle. The circle is quite large at the start of the game but starts to shrink with time, to make sure that the players are forced to stay closer to their enemies. The last survivor wins the game, but it’s not as easy as it might have sounded.

PUBG doesn’t claim to be a one of its kind, but it certainly is the best in its kind. There are a number of games, stories, and movies based on this battle royale style. However, no one even comes closer to matching the success rate of this game.

PUBG seems to be on a rollercoaster that only goes up!

Ever since its release at the start of 2017, PUBG has taken over the gaming industry. It is among the most popular games on steam and is touching more and more heights with time. Proof of that is the recent increase in the PUBG popularity due to the COVID-19 lockdown.

Yes, the player count might have dropped significantly after the 2018 Christmas update. But with the recent “stay at home” trend has given it another life and it is only a matter of time when more and more people get glued to their screens to play PUBG. Overall, if you are wondering that is PUBG dead? It most certainly is as far from dead as possible.

It is hard to identify the best thing about PUBG, but its weapon style is right up there. Not only does the player loot the weapon but also its parts for added accuracy. For example, you have to search for scopes for sniping, red dot sight, suppressors and much more.

Nothing comes with the guns but very limited ammo, and that makes the loot a lot more exciting and meaningful. Wait what? Did I miss out on the different types of grenades? As I said, all bases are covered in PUBG.

One can always practice different weapons and perfect their shots by heading towards the training mode. That way, not only can you get familiar with the weapon of your choice, but also learn more and more about it. Having good prior knowledge of the weapon is the key, before going into the battlefield. Your gun is of no use if either you are not sure about its choice or you have not practiced enough with it.

Highlighting the significance of knowing our weapon an old German saying roughly translates as, “A soldier must know his gun more than his wife”.

The only downside that I could spot in my 3 years of playing PUBG, is that it was once attacked by a lot of hackers. They used speed hacks, aimbot & whatnot. Naturally, it started to lose its popularity & entertaining value among its players. The makers of the game at Bluehole then decided to do something to address the situation.

They came up with a strategy to eliminate the hackers and they named their anti-cheat system “BattlEye”. Now it automatically bans anyone who makes an attempt to use cheats like speed hacks or aimbots or any other hacks for that sake. Unlike CS-GO, here the bans are permanent.

On average PUBG bans some 6 thousand players per day & if we look into how many have they banned so far, we realize that they have banned 150,000 plus hackers who tried to cheat.

But that does not change the fact that PUBG can be hacked on Android. But to perform the hacking tricks and cheats, the user has to root his/her mobile phone. Only after rooting the mobile, the player can avail the cheating privileges.

I suggest you do some study w.r.t. your system, and then head to Amazon & start playing PUBG. You can always have a glance at what’s within the gaming stations of your skilled friends.

PUBG is the undoubted winner when it comes to real-time multiplayer mobile games. Besides that, not only has PUBG proven itself as a great mobile game but it has also gained great popularity on PC as well. The uniqueness in its shooting experience is what makes it so great.

Having said that, one cannot deny the fact that PUBG has been under a tremendous amount of scrutiny for its violent side. Psychologically speaking, excessive violence can result in aggressive behavioral & emotional changes. The thought process of the ones addicted to such games is somewhat compromised and ultimately, their mental health too is compromised.

But if you manage to keep a balance between your real-life and your gaming journey, you are good to go. The good news is that very recently Microsoft has invested in PUBG and they now have some shares in Bluehole. Microsoft now plans on releasing it on Xbox One X. It will run an amazing 60 frames per second on Xbox One X. Currently, a lot of sponsored PUBG tournaments are being held with big prize money, for marketing purposes.

Well, that’s about it! This is exactly how the not so popular game released only a couple of years back, became the most popular game. 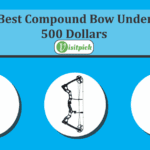 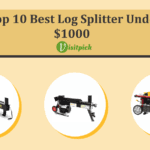 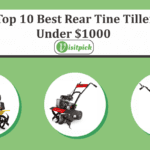 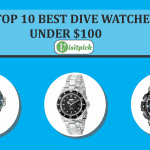